You would have noticed that a few weeks back I changed the name of this site from “NCMI Fringe” to “Discover the Truth”. This was not a flippant name change and I would like to take this opportunity to explain it.

The reason for the change is that I would like to move this blog away from being an exclusively NCMI bashing platform. I believe that it is important to expose the wolves that lurk within the movement but these wolves are not exclusively NCMI and I believe that this blog should not be either. I will try to keep my focus on NCMI as this is where I learnt of the dangers of the Charismatic movement, but I look forward to presenting articles the will expose the Charismatic movement and hopefully give you some perspective as to why NCMI is wrong in many of the things that they do.

Over the next month I will be updating the site to reflect this and will be adding some great links to my blogroll. The URL for this blog will stay the same , there is no point in starting from scratch, and besides I will still be spending a lot of time and energy on my opposition to the NCMI Fringe Group. 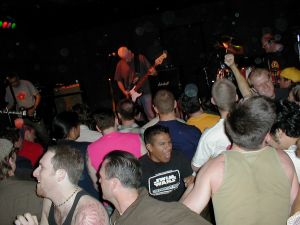 Jumping up and down, spinning around, mass tongues, waving flags and even stage diving. These are things that anyone that has ever attended an NCMI relating church (or most NCMI relating churches) would have seen.
I loved it and saw it as a church that had found freedom in religion. These people, I thought where so hyped for God and where doing Him some great service by performing these theatrics.
Every service I would eagerly head to church excited to experience this freedom. I would hear people speak in tongues, I would hear prophecy, and I would hear what I thought to be God speaking into my own heart.
It was only later on when I started having conflict with some of the elders that the scales fell off my eyes. I started to see how everything that was happening was nothing more than experience and had very little, if not nothing to do with the bible. I was given a book called Occult ABC written by Kurt E. Koch and was shocked to see that he dealt with tongues as being of the occult. I mean how could he? My world view was totally rocked. How could a Christian say that something that I believed to be a normal Christian thing is part of the occult?
It was enough for me to start questioning, searching and enquiring. I did this at the church and via correspondence on the internet. Every time I asked a question they either ignored me or rebuked me. There was never a spirit of understanding to my concerns. This was coupled with the elders at church getting into conflict with my wife and me over a ministry that she used to run. I was also told that I believed in heretical doctrine because I was inclined to Calvinism.
After some time and much soul searching I left. I had to; I would not have felt right if I did not.
After I left I had to deal with an internal crisis. I was unsure if I was correct to have left. I am not closed minded and I knew that there was very likely a possibility that I was to blame for the fallout. It was then that I started bumping into people that where going through, or had gone through the same as me. There was not just a few, but many.
I am at peace now knowing that the choice that I made was correct. It was the only choice that I could have made. I am also comfortable that my choice to start this blog and the support forum for people that have left NCMI was also correct. I still battle, but am taking this journey one step at a time. I am finally whole.

Has anyone got any information or experience with Ray Oliver? I know that he used to head up the church that I used to attend (New Covenant Fellowship, Pietermaritzburg), but other than that I know very little. Any info in this regard will be greatly appreciated.

first joined. When you first got to NCMI you would have noticed that there would be this one individual or couple that befriends you almost immediately. This is you mentor, and they don’t just make friends with you because you have a nice face.
This is how heavy shepherding works, at least in the church that I attended.
You will receive a mentor when you first arrive at the church. S/He will befriend you and make you feel welcome. This mentor also has a mentor that is a bit higher up leadership and again this mentor has a mentor who is even higher up. This will go on and on all the way up to the eldership, who are mentored by the apostolic leadership.
Let’s say you are in the process of having a divorce. You innocently tell your so-called friend (the mentor) about it. S/He will relay this information up the chain until it reaches eldership. The eldership will then approach you about it if they feel the situation calls for it.
In heavy shepherding churches there is a clearly defined hierarchy. Members through to Apostles. A member that decides to approach an elder for advice with be greeted with a very cold response. They will tell you that they are too busy. This often causes confusion because no one really knows that the system exists. It is only implemented on a social level under the guise of accountability and Covenant friendships, and is not official in any way.
Some might believe that there is nothing wrong with this type of setup, but I believe in to be flawed on two levels.

The first is that because all the members a kept out of the loop, they feel disconnected from the eldership. There is often a lack of accountability within the eldership, because if anyone approached them about something that is bothering them that will almost always be shown the door. This causes a lot of heartache with the members, who feel that they are ignored and don’t have anything to offer the church.

The second is that I believe it foolish to create a system where there is such a clear hierarchy. We are all equal in Gods eyes, and all have direct commune with the almighty through Jesus Christ, our high priest. A church that creates a system like this creates a group of spiritual elite. These people are beyond the reach of the average man, because you can’t even have a normal conversation with them.

I would like to go more into what shepherding is, and how it has failed in the past. So pop in here again for updates. 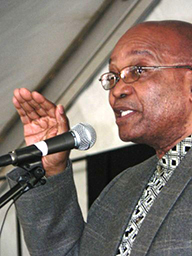 CONGREGANTS of Pietermaritzburg’s NCF church and family of ANC president Jacob Zuma packed the church yesterday to listen to a “Willing to die for Zuma” sermon.
Zuma was due to attend the sermon, but cancelled because of other commitments.
The sermon focused on the “willingness of Jesus Christ to die for everyone”.
Pastor Grant Crawford told the congregants: “Although the church does not have any political affiliations and neither does it make political statements, we were intrigued by the interest of the ANC in the matter, as it is rare that anybody would be prepared to die for a righteous man.”
ANC Youth League president Julius Malema recently stated that the youth are prepared to die and kill for Zuma.